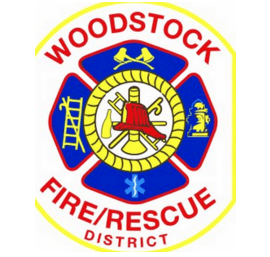 Our Public Interest Director, David Gutowsky, spoke with the Chief Michael Hill of the Woodstock Fire/Rescue District at the Woodstock Chamber of Commerce and Industry Chamber Mixer on Wednesday, February 20th, 2019. Chief Hill delivered a presentation on the need for the upcoming referendum. At the end of the Mixer, David had asked Chief Hill if the District had been hooked up to the Consortium’s Network because the one branch of fiber network on Raffel Road goes right past Station 3 at 2900 N. Raffel Road to Woodstock North High School. Chief Hill said that the District had not been hooked up to the Consortium’s fiber network. Chief Hill explained while that the fiber network does go by Station 3, the fiber network does not go near Station 1 on Judd Street and Station 2 on Dean Street.

Chief Hill said “It is one of our long term goals to connect all the stations together. The telephone bills have been going up over the years. I would like to see all the stations hooked up, which would improve public safety and help with reducing our costs by eliminating expensive leased lines.”

When asked if Chief Hill had recalled why the District was not hooked up to the Consortium’s Network, he said “Discussions about hooking up the District to the Consortium’s network occurred before I became Chief. Best to ask the City Manager of Woodstock, Roscoe Stelford for some historical information.” When asked for comment, Mr. Stelford replied “The District participated when the project was in the exploratory phase. After the costs were determined for the public partners, the District was unable to move forward due to the upfront costs to build the fiber network laterals to both Stations 1 and 2. However, Station 3 is ready when the District is able to build laterals to connect either of the remaining stations. The Consortium supports the District’s future participation, when they are able to fund these associated costs.”

Woodstock Police Department and the McHenry County Emergency Telephone Board were connected to the Consortium’s fiber network back in 2015.