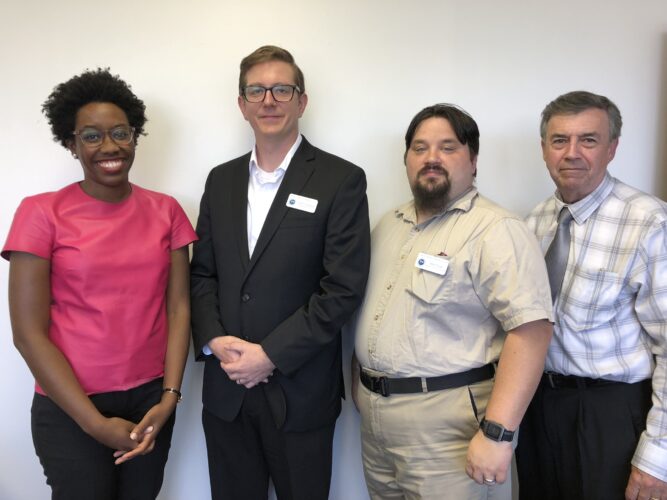 IFMC Founder and Public Interest Director, David Gutowsky, and other representatives of IFMC attended the meeting with Congresswoman Underwood on Friday to discuss a proposal for community-owned fiber.

“It was an important conversation to have as only 2% of McHenry County households have access to fiber-optics. We are 12% behind the national average,” Gutowsky said. “McHenry County is being left behind. That hurts our community, and it hurts our economy.”

Studies show that at least 39 percent of rural areas have no Internet service at all, and 51 percent of all Americans have only a single provider to choose from. This data is statistically accurate across much of Illinois’ 14th Congressional district.

Gutowsky said, “If we are going to move forward with competitive options, the federal government is going to have shift to requiring fiber-optics and open-access, free-market principles. We hope Underwood would support this shift for McHenry County.”